Rebirth Of A Classic

The seventies were an amazing time, as bell-bottoms, chains and afros dominated the fashion scene and the swoosh and swirl of phaser effects were everywhere on the radio. From the guitar work of David Gilmour, Brian May and Eddie Van Halen to the trail-blazing keyboard stylings of Steely Dan, Herbie Hancock and Paul Simon’s Richard Tee, it seemed like everyone was incorporating phasers into their sound.

Of all of the designs available during that time period, one phaser pedal stood apart from the others due to its flexibility, sound quality and addition of fuzz sounds, and it was immediately adopted by funk bass pioneer Larry Graham as the core of his modulated sound with both Sly and The Family Stone and his own Graham Central Station.

The Warm Audio Jet Phaser is a hyper-authentic recreation of this famous pedal, accurate from the gooey swirl of the audio circuit to the look and feel of the enclosure, except that it’s true bypass and far more affordable and reliable than vintage units! 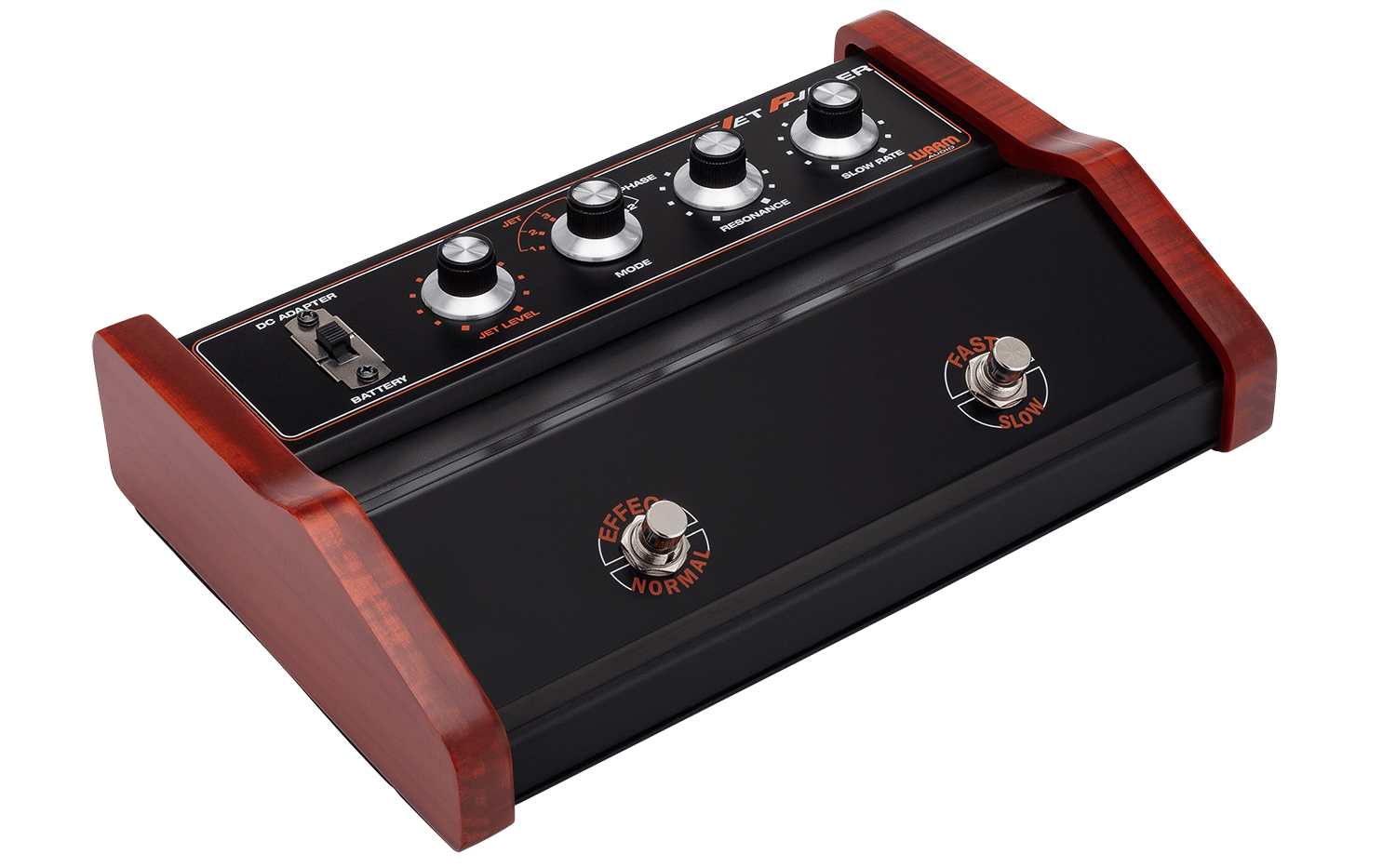 However, the similarities to normal phase pedals end there. The four JET modes engage the "jet" (or fuzz) effect, and that's when things get seriously fun!

There are four fuzz/phase combinations:

When the JET modes are active, the pedal's output level is controlled by the JET LEVEL knob. This enables you to set up the JET modes as a boost, if desired—which could be perfect for solos!

The Jet Phaser also features a RESONANCE control that's available in all six modes, allowing you to dial in varying amounts of filtered sci-fi craziness. Additionally, you get creative control of the modulation rate: the SLOW RATE knob allows you to set the main modulation speed, but hitting the FAST/SLOW foot switch always kicks the rate up to the maximum speed possible. It’s a cool design, because the change from fast to slow ramps up and down gradually like an organ’s rotary speaker. Unlike most phasers, the Jet Phaser can actually get “in-between” speeds by continuously hitting the FAST/SLOW foot switch like organ players do!

The Jet Phaser’s true bypass operation makes it easy to incorporate into any rig, and the fact that it runs at 18V gives it high headroom and pristine audio quality (it can be powered with the included 18VDC adapter or two 9V batteries). We already know it'll sound great on guitar, bass, and keys, but don't let that stop you from slapping it on a vocal track or a drum bus - use your imagination! 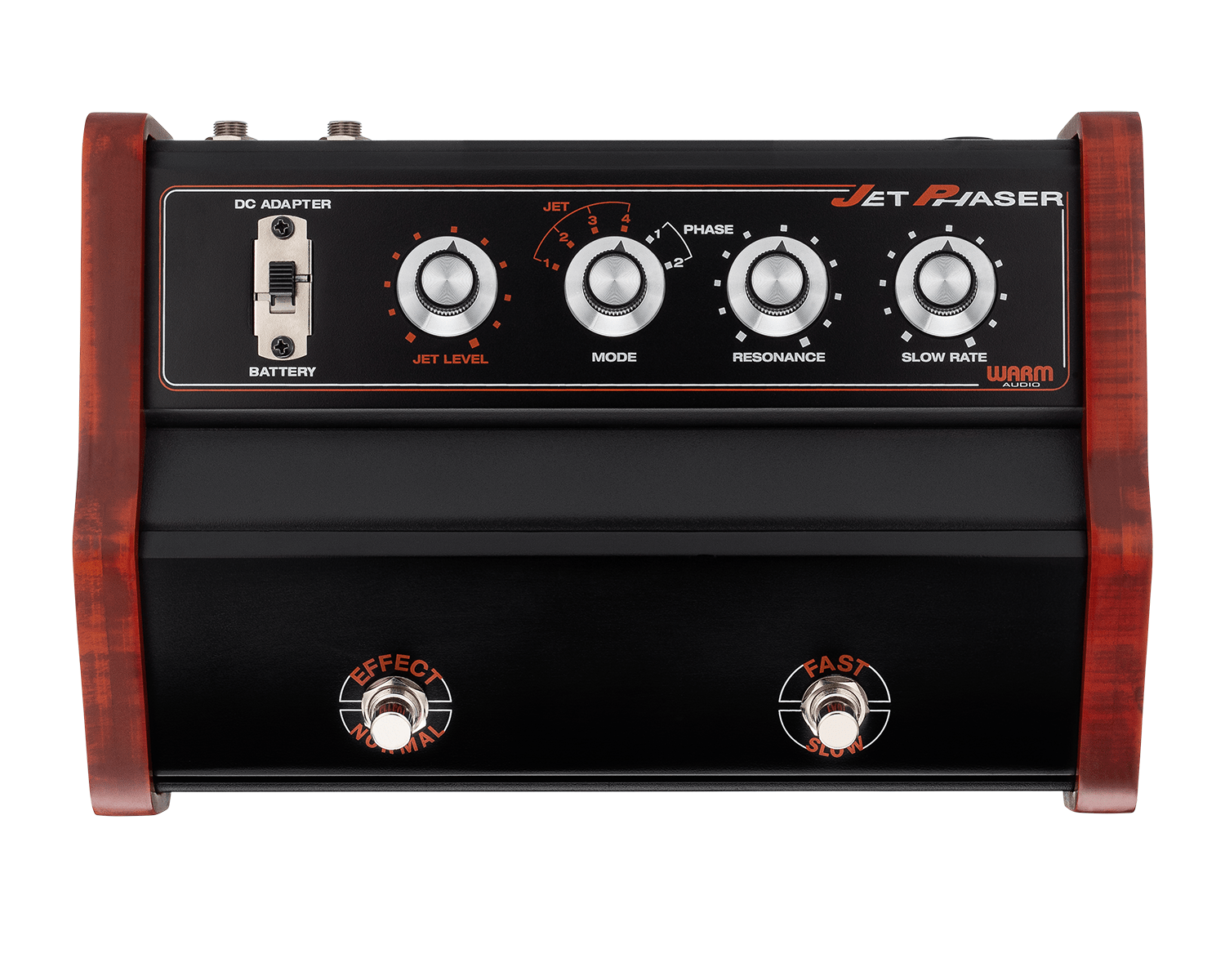