After 18 months of R&D and 3 months of public listening tests to develop the sound of our new mic, the Aston Element, we can finally reveal the full product details.

Like all Aston mics, Element incorporates a huge amount of innovation. Everything from the capsule technology, the chassis design, the magnetic pop filter, and even the backlit-LED logo 48V phantom power indicator (or as we like to call it, cool light!) massively go beyond the limits of products normally sold at this price point.

Not only is Element extremely affordable, but it will consistently outperform all mics in its class. This is something which you really don’t have to take our word for because over 4000 customers from all across the world have helped us to define the sound of Element in peer-reviewed blind listening tests against the biggest brands in the business. During the course of this 3-month public testing series, we have developed the sound of the mic using data collected from these comparison tests, which have included major brand competitors such as Blue, Rode, AKG, Audio Technica, and Neumann.

We spent a total of over 18 months developing the Aston Element; much longer than most products take in this class. More usual would be 6-9 months, which gives you some indication of just how complex this microphone package is.

The first 15 month period of our R&D process involved the development of our new Ridyon capsule technology, the acoustic housing for this (which involved a LOT of testing) and the design and prototyping of the chassis, the grille diffuser and many other pieces of proprietary technology in both the mic and the shock mount and pop shield accessories.

The final 3 months, however, has been all about public choice. Rather than simply putting a new technology straight to market, we engaged in public blind listening tests (by this we mean that coded audio files were made available to the public to audition and rank in order of preference) across 3 separate sessions from May 1st to July 15th. The results of this process, a world’s first in the ProAudio industry, are what have determined the sound of the final product… the world’s first ‘People’s Microphone’ – Aston Element.

Session 1 included our first Aston Element prototype in its raw form up against the 5 dominant, big-brand competitors chosen as the best of the best in their class. These included mics from Audio Technica, Rode, AKG, Blue, and Neumann. Before we even got to these 5 mic brands we tested mics from over 20 different brands to pick the best in class (that, with the exception of Neumann, being sub $500 mics… the Neumann was somewhat more expensive!)

Voting in the first round highlighted which mics the public preferred on 3 sources, male and female vocals, and acoustic guitar (the same 3 sources chosen throughout the tests), and what was liked and disliked about the sound of the raw Element prototype. This enables us to discard 2 brands form the test so that in Session 2 we had the top 3 competitor mics chosen by the public and 2 new versions of Element. By the end of the 2nd session, we had a much clearer picture of what people wanted from our mic, driven by the voting, subjective comments made about the competitor mics, and the relative preferences for 2 very different sounding Aston prototypes.

So, by session 3 we had only 2 remaining competitor mics… representing AKG and Neumann brands. We also had 4 different Element prototypes, each with different voicings based on preferences from the first 2 rounds. This enabled us to home in on the final sound and give our customers a wide range of choice for the final sound, whilst also making sure that the final Aston Element mic was able to at least equal, or hopefully out-perform the top 2 competitors on the market.

In the final analysis one Element prototype was the clear winner in the Session, beating both the Neumann and AKG mics (as well, of course, as all the other competitor mics that had come before in early testing and the first 2 sessions), as well as the other 3 prototype versions.

Firstly, ALL the mics chosen for these sessions are very good examples of entry level mics from each brand. We did not make this easy for ourselves. We wanted the best so we could make our own mic as good as possible. As the sessions progressed it was clear that the voting got closer and more difficult for participants to rank in each successive round. This is something you see not only in the subjective comments, but in social media threads about the project. That’s a good thing, because as you get better and better quality and performance, it becomes more difficult to chose between products as the differences are much smaller… so we knew we were on the right track.

Another interesting proof of data is that it was very clear that different mics performed better or worse on different sources as you’d expect… in other words one mic does not fit all. For this reason, we always suggest, where possible, that it’s a great idea to have a couple of different mics in your cupboard to choose from if you have the budget. Our aim, with Element, is not to say “Element is the best mic” … that’s silly because these things are very subjective. No, our aim was to ensure that our entry level mic has the best possible sound, performance and quality and that it comes with the best accessories possible for people who only have the budget for one mic, or want to add a new, high performance mic to their collection, without having to spend a fortune.

The Element, in the final round, outperformed the other mics in the test on both male and female vocals… but was narrowly beaten by both the Neumann and AKG on guitar. The total vote count across all 3 sources showed Element as the clear winner, both in total votes, and in winning 2 out of the 3 source tests, vocals, of course, being the big one as they (on any non-instrumental track) are the most important element of the recording.

It is also important to state, at this point, that the full raw data for the summary information above has been peer reviewed by Music Tech Magazine and Sound on Sound magazine, two of the most influential and respected independent pro-audio publications in the world. We have also chosen not to name names when it comes to specific mic models as we have a great deal of respect for these brands and the quality of their microphone products. At no point do we wish to suggest that Aston is ‘better than another brand’… we have used key models from each competitor brand as a way to gauge the relative performance of our own mic, and although Element came top in the rankings after 3 rounds, there is a lot of love for each of the mics involved in our tests, both from us at Aston, and from the public voting in the sessions.

And the final word… none of this means that ‘Element is best’ – we would never suggest that because mic sound is a subjective choice. But it does mean that Element can consistently out-perform all other sub $500 brands in subjective choice tests (and some more expensive ones too!). Combine this with all the cool accessories and it’s got to be your No.1 choice as a first studio mic, or to add to your collection. 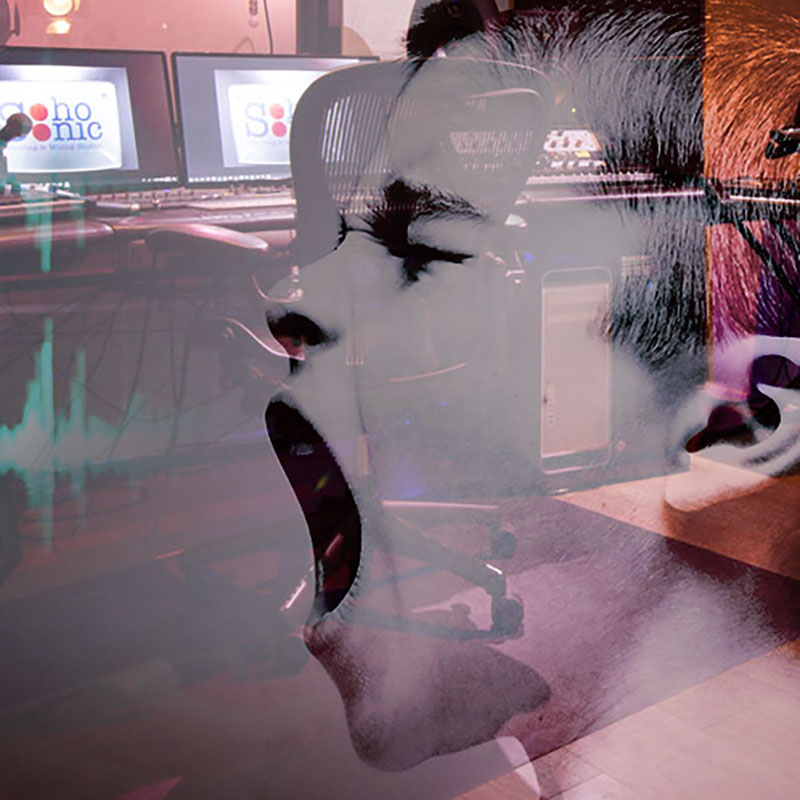 The sound you voted for

Through several rounds of blind listening tests against competitors’ mics, you have helped make Element the best sounding mic, not just in its class, but a rival for many far costlier options.

The mic itself boasts brand new ‘Ridyon’™ capsule technology, combining the best elements of all 3 existing classes of microphone. Utilising 48 V phantom power, the mic’s incredibly lightweight Active-moving-coil-diaphragm delivers high end condenser mic sensitivity and performance, with the punchy bass and rejection capability of a great dynamic mic and the open, natural, sound of a ribbon.

Aston fans will know that purple is our colour, and on the Element we’ve made the mic badge backlit so you know when phantom power is present. And it looks…. beautiful! 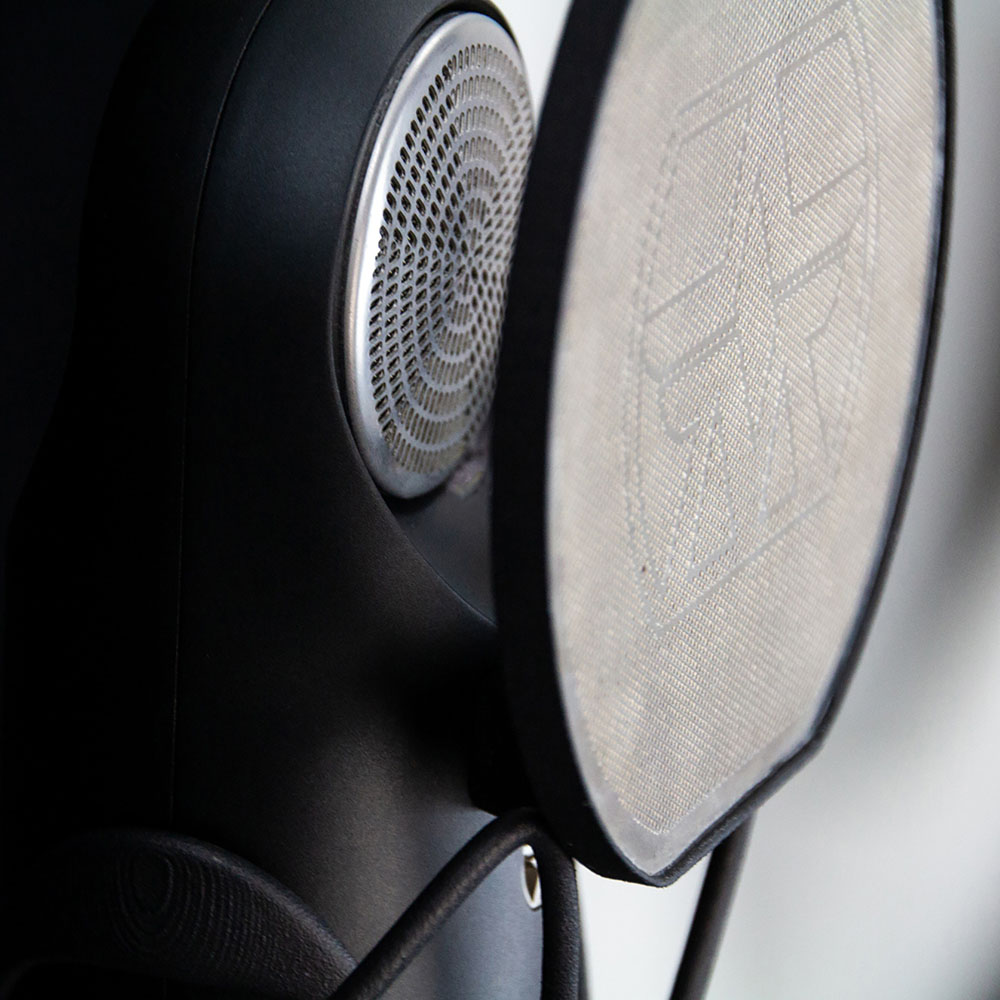 Included in the Element bundle is an ingenious, proprietary magnetic pop filter which attaches in a split second to keep plosives and ‘esses’ at bay. No other pop shield works this way, and we’ve shielded the magnets from the capsule so the sound remains completely free of artefacts. 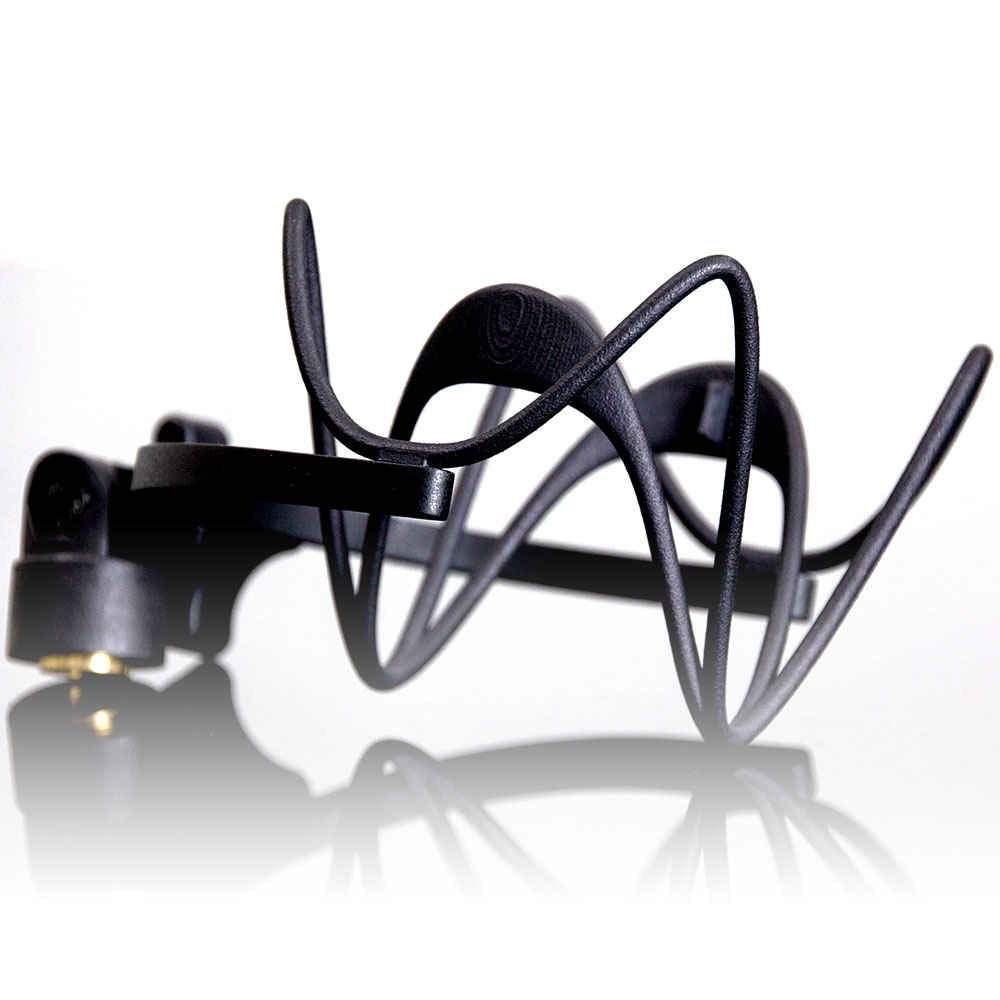 This stylish and highly effective shock mount, included as part of the mic bundle, has been designed specifically for the Aston Element to eliminate undesirable vibrations. 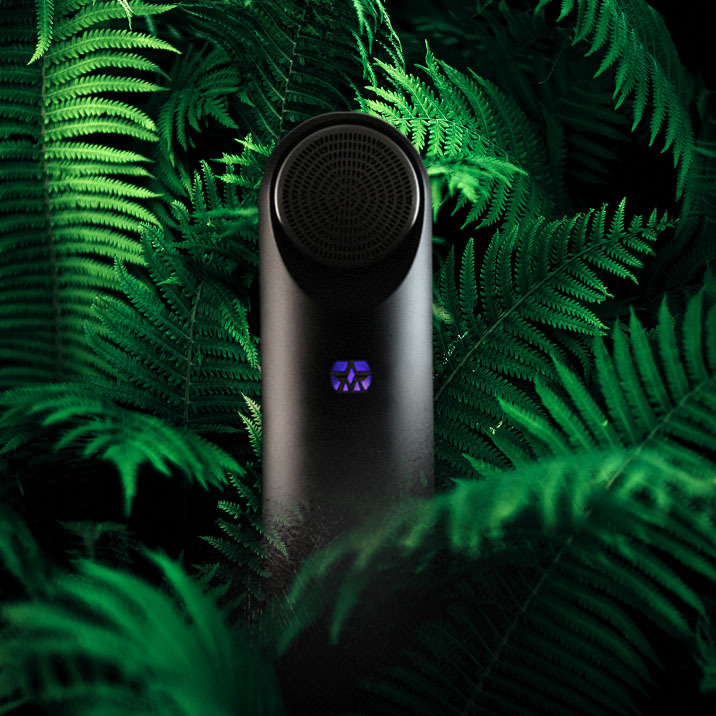 We have put our hearts and minds into creating the most beautiful performance pieces possible with each Aston product. When it comes to packaging we believe simplicity is king. Protective, re-useable, environmentally sensible packaging that doesn’t cost the earth.